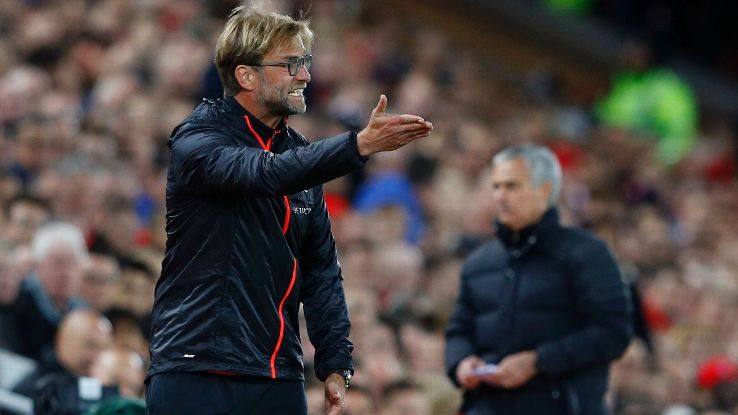 A late header from United striker, Zlatan Ibrahimović annulled the only goal that Liverpool held on to during the face-off between both clubs on Sunday. James Milner put in a penalty kick at the first half of the match which kept Liverpool on the lead.

Klopp believes that his team played a better football than his counterpart. He said that he had executed a better plan in the game, but United maintained long balls in a wide game.

“In the end of period of the game when united started playing long balls – to Marouane Fellani and Zlatan Ibrahimović – after 80 minutes high intense football is hard,” the German said.

With his side now third, Klopp suggested that the draw was in favour to his team in the race for the title. Liverpool are currently seven points behind Chelsea – log leaders.

Liverpool missed the presence of two players who have been actively involved with the team. The likes of the Senagalese, Sadio Mane, who scored for his international side at the African Cup of Nations, and defender Joel Matip – he was refused international clearance following after refusing to play for his country, Cameroun in the tournament.

The German coach believes that his team dominated in the first three quarters of the match, even though they had his side had less possession; they had better shot counts of 13 to United’s 9.

Liverpool’s forward, Firmino was booked with a yellow card for tackling United midfielder Herrera reacting to having his shirt pulled. The booking brought the managers to a disagreement on the touchline till the fourth official, Craig Pawson, coming between them and after the incident between Firmino and Herrera